Vitamin D and Postural Hypotension: Are We Still in The Dark? 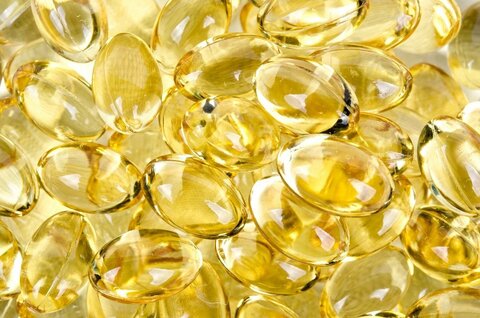 Dr Artaza Gilani is a General Practitioner in North West London and Honorary Lecturer at University College London; Professor S Goya Wannamethee is a Professor of Epidemiology and Director of the British Regional Heart Study at University College London. Their latest research entitled, Vitamin D deficiency is associated with orthostatic hypotension in older men: a cross-sectional analysis from the British Regional Heart Study was recently published in Age and Ageing.

If there was a popularity contest for vitamins, Vitamin D would probably win with ease. Thousands of papers are published about it year after year. Most people know it’s important for bone health but there is growing interest in the role it may have beyond bones – speculation is rife about whether it may have a role in mental health, infection and defence, cancer and heart disease, to name but a few examples. Over a billion people worldwide may have low levels of vitamin D so it is easy to understand why vitamin D (sometimes referred to as the “sunshine vitamin” because it is made in the skin from exposure to sunlight) is so intensely studied.
Something else that is also very common, especially in older people, is a sudden fall in blood pressure that occurs after changing position from lying to standing, sitting to standing or even lying to sitting. This is called “postural hypotension” (also known as “orthostatic hypotension”). Postural hypotension is found in over 1 in 5 people who are over the age of 60 years. It can cause particularly troublesome symptoms such as dizziness, light-headedness and fainting. It makes it more likely that someone will have a fall, which is a serious cause of illness in older adults, with both risk of physical injury such as fracture, but also a significant psychological component, as people who are afraid of falling report a lower quality of life.

The currently available treatments for postural hypotension are far from satisfactory – the evidence they actually improve symptoms and reduces someone’s risk of falling is unconvincing, and many options come with side effects that may not be tolerable. Vitamin D is an attractive potential treatment in this context because it is widely and cheaply available, and had few side effects, but a lot more work is needed before it can be decided whether vitamin D can and should be used to effectively treat people with postural hypotension.

Only a few other studies have made similar lines of inquiry to our research. Some studies, like ours, indicate there is a link between vitamin D and postural hypotension, while others don’t; so are we still in the dark about this? –Yes on the one hand,  because there is no definitive answer to this question, and we won’t have a definitive answer until more studies in diverse groups of people are done to add to the current small number of studies in this field of work. No on the other, because when we tried to understand what could explain the differences between the studies, we began to see that the variation in findings may, in part, be down to definitions.

The studies which used lower thresholds to define very low levels of vitamin D (i.e. to define vitamin D deficiency) tend to find a link between vitamin D and postural hypotension, while the studies which use higher cut-offs tend not to find a link. In other words, two studies may each label groups of people as having “vitamin D deficiency” but they use different definitions of “deficiency”. The same applies to “postural hypotension” – if it’s measured in different ways and defined with different thresholds, then when we compare results from studies, are we really comparing like for like and could this explain the apparent inconsistencies in the currently available evidence?

The controversy about how to define vitamin D deficiency is not new. The debate is ongoing but as more and more relationships between vitamin D and different health problems are suggested, it raises the question of how helpful (or not) a one-size-fits-all approach is. On one hand, it is practical to label everybody as being deficient in vitamin D if their levels are below a particular point. On the other hand, we should recognise the trade-off that occurs when we do this. If risk of, say, poor bone health increases below a certain level of vitamin D and that level is different to the level beneath which risk of postural hypotension increases, then a one-size-fits-all approach will not cater to everybody’s needs. In other words, “deficiency” of vitamin D may not be set in stone and could be disease or health outcome-specific, and this may impact the ways in which we consider using it as a treatment option.

Read the Age and Ageing paper Vitamin D deficiency is associated with orthostatic hypotension in older men: a cross-sectional analysis from the British Regional Heart Study.

33% of women who have gestational diabetes will develop type 2 diabetes within 15 years, new research shows

End-of-life care during COVID-19: opportunities and challenges for community nursing